The Impact Of Blockchain On The Enterprise

Blockchain is a word that’s used quite often these days, thanks to the meteoric rise in Bitcoin’s value. But the applications of blockchain 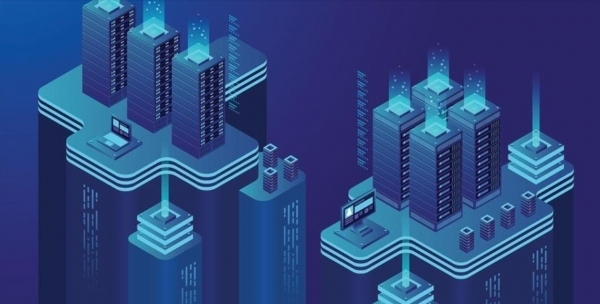 Blockchain is a word that’s used quite often these days, thanks to the meteoric rise in Bitcoin’s value. But the applications of blockchain go way beyond Bitcoin, and we’ve only begun to discover what this revolutionary technology can do. Today, I’ll be taking a look at how blockchain will impact the enterprise, and how businesses can benefit from this technology.

First, let’s take a look at what blockchain is.

Blockchain seems extremely complicated, but the concept behind it is quite simple. Basically, a blockchain is a ledger, and an exact copy of this ledger is maintained on every single computer that’s connected to the blockchain network. This network can either be private, like those run by a corporation, or public, like the one Bitcoin uses.

The information in a blockchain’s ledger forms ablock. Whenever a change in the ledger occurs, a new block is created (this new block contains all the existing information + the change) and sent out to all the computers on the network. Each computer uses cryptography to verify that the new block hasn’t been tampered with, and if so, all the computers on the blockchain reach a consensus to add the new block to the chain. This is where the termblockchaincomes from.

Blockchain’s impact and applications for the enterprise

The most obvious impact of blockchain is that it allows financial access to anyone, anywhere in the world. It doesn’t matter if you’re in a first-world country or in an underprivileged society where conventional banking is not available to you. Using blockchain, one can conduct decentralized transactions with anyone in the world and conduct financial activities including buying, selling, and borrowing. Nobody needs to authorize that transaction and there’s virtually no delay.

The best part is that, because of the technology’s inherent nature, trust is built-in. Your activity on the blockchain network is immutably recorded in the blocks, and you can allow the other party selective access to your reviews, ratings, and financial activity, so they can verify your trustworthiness.

Blockchain technology is being used by quite a few banks today in order to facilitate and enhance their operations. Banco Bilbao Vizcaya Argentaria (BBVA) and Red Electrica Corporation made historyby delivering the world’s first syndicated loan of €150m using blockchain; thanks to blockchain, the loan was facilitated in record time. Intesa Sanpaolo, an Italian international banking group, is also using blockchain to easily validate trading data.

Other notable names in the banking industry currently using blockchain include HSBC, Barclays, and Visa. HSBC is shifting its traditional paper based records to blockchain, Barclays is using it to streamline funds transfers, Visa recently included cryptocurrency support for its payment network. What’s amazing is that all the banks I’ve mentioned here are using blockchain in different ways; which just goes to show how diverse this technology is.

Anyone who has ever dealt with real estate in any capacity knows what a pain it is to deal with. There’s a ton of paperwork and bureaucracy, the payments aren’t simplified, transaction costs are too high, and the whole process takes too much time.

Coldwell Banker is using blockchain technology to solve all these problems in real estate. Using blockchain, the transactions are secured and take a fraction of the time they normally would. Brookfield Asset Management is also looking to use blockchain in commercial real estate to drastically reduce transaction costs and automate their contracts.

Back when blockchain was initially invented in 1991, it was meant for this very purpose. Using blockchain, documents would no longer need to be verified by a central authority or to be notarized. As an applicant, one can choose which details to reveal to a prospective employer using the blockchain. The business that receives this info can be sure of its validity as it’s nearly impossible to fake information on the blockchain; the credentials that are sent over are verified, and vouched for, by everyone else on the blockchain.

The biggest challenges for cloud storage these days are data security, data privacy, and reliability. Blockchain can address all of these issues by first encrypting the data, making sure it’s secure and private, and then distributing it all over the blockchain to ensure reliability.

Only the person with the private key will be able to decrypt that data, and, thanks to the blockchain, the data will always be available. Compared to traditional web servers like Amazon Web Services, Facebook, Microsoft, and Google, blockchain is much more reliable as it’s much less likely for all blockchain nodes to go down at the same time.

As corporations get bigger, their supply chains can get increasingly complex and more difficult to deal with. As a consequence, it’s nearly impossible for a company to guarantee its products’ quality throughout all phases of its supply chain.

Walmart tackled a similar problem using blockchain. The retail giant was facing a very high percentage of product returns from its customers due to quality issues. In order to find out where the quality issues were originating from in its supply chain and to solve them, Walmart employed blockchain. Thanks to the blockchain technology, the company was not only able to track where the issues were occurring (and fix them), it also leveraged blockchain’s proof of work to make sure that these issues don’t occur again.

DHL is also working on a proof of concept with Accenture, using blockchain, that will allow them to track medicines from their origin point all the way to the consumer. The idea is to prevent tampering with drugs and to easily get rid of counterfeit medicines.

When it comes to their confidential healthcare data, patients have very little control over it. FDA realized this, and it is currently working to use blockchain technology to power a platform that will secure patients’ healthcare data. Centers for Disease Control and Prevention (CDC) is also working with IBM on a similar system that will let it securely store all patient records on an encrypted ledger system.

Furthermore, in the field of healthcare, the use of blockchain isn’t just limited to governmental use. Pfizer, Merck, GlaxoSmithKline, AstraZeneca, and Deloitte are currently using the technology to track records and manage their digital inventories.

These are just a few of the industries blockchain is changing for the better. The examples I included just go to show how revolutionary and disruptive this technology can be. We’re only beginning to see its uses, and I can’t wait to see how it fosters innovations in all industries.