TAMPA — The original idea was for Embarc Collective to open its tech innovation hub first, then bring in the startups. But when you’re renov 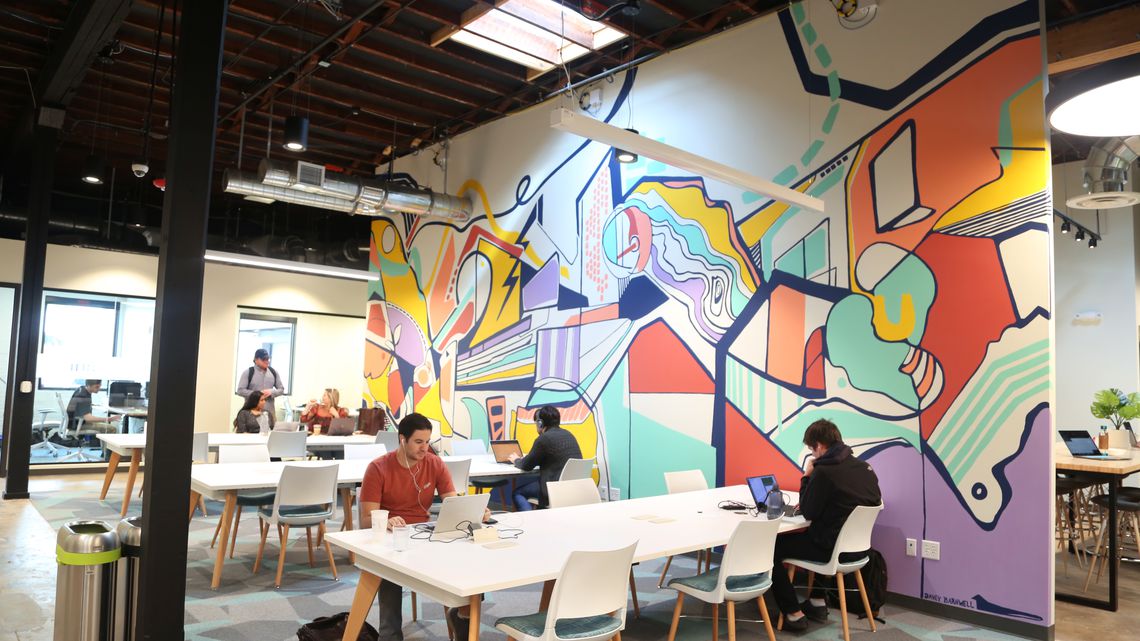 TAMPA — The original idea was for Embarc Collective to open its tech innovation hub first, then bring in the startups. But when you’re renovating a 99-year-old warehouse, construction doesn’t always go as planned, so the sequence got flipped. Last March Embarc Collective’s staff started working with 25 young companies off-site. Tuesday, about a month after the collective’s home near downtown Tampa had its soft opening, the physical space got its formal launch.“We want to be game-changers to companies that are developing and hopefully be a game-changer for the Tampa Bay area,” said Tampa Bay Lightning owner Jeff Vinik, who committed $10 million to establish and create Embarc Collective. “We want this to be known as one of the top start-up cities in the country, and we will get there. I think a reasonable time frame is five to 10 years.”That change in plans, an innovation as much of an improvisation, turned out to be exactly what the organization needed. At its core, Embarc Collective is an education nonprofit focused on technology, innovation, entrepreneurship and the ways business is changing. During 2019, the collective did 1,000 hours of one-on-one coaching with tech startups and got to know their needs a lot better. One of the things they needed most was help telling the stories of the ideas behind their businesses.

As a result, the nonprofit put more resources into a studio where startups can record podcasts, shoot and edit video and bring in graphic designers.

“We ended up with more information to better use the space,” said Lakshmi Shenoy, who arrived in Tampa almost two years ago to the day to establish the innovation hub. "Trust me, it was frustrating at the time, but now I’m looking back in hindsight and saying, ‘Huh, I guess that really was for the best.’ "

Today Embarc Collective is working with 43 startups at its new 32,000-square-foot home inside the old District warehouse at 802 E Whiting St. On any given day, there are founders and workers from about two-thirds of the member companies in the building, which since 1921 has been a paper company, wholesale grocer and an event space that hosted the Art of the Brick, a traveling show of more than 100 Lego sculptures.

“What has been built here at Embarc Collective really does feel like home to us,” said Rosa Shores, chief executive officer of BlockSpaces, a blockchain development studio formed in Tampa in 2013. “In a very short time, Embarc Collective has become an invaluable resource to our business and our startup ecosystem.”Michael Joly, the founder and chief executive officer of Solu, moved his three-person team from Boston and Martha’s Vineyard here. The company is developing a meditation aid consisting of two palm-sized speakers that play a series of tones engineered to help users improve focus and sleep while reducing stress and anxiety.

“It was Embarc Collective and Water Street that drew me to Tampa, but when I met the Ybor City chickens and the TECO Trolley, the deal was sealed,” Joly said. He sees Embarc and the region more generally as “places in which our startups’ products can be refined and then taken worldwide.”

After concluding that the bay area had some catching up to do in developing tech and entrepreneurial talent, Vinik toured innovation hubs around the country before launching the project in Tampa andhiring Shenoyfrom a top-ranked tech entrepreneurship hub, 1871 in Chicago. (Vinik also is a member ofFBN Partners, a group of local investors who have loaned about$15 millionto Times Publishing Co., which owns theTampa Bay Times.)Along with working with startups, Embarc Collective also will focus on community outreach. It expects to host 100 events open to the public this year on entrepreneurship, innovation and technology. Later this spring, it plans to bring in a coding partner to provide training for any adult interested in programming.

That kind of effort is aimed at ensuring “we are growing the volume of tech talent in our area,” Shenoy said. “While our core is very focused on the technology startup, it’s also very important to us that we’re serving the community.”Article on Tampa Bay Times