Nearly a decade ago, an ambitious group of business and community leaders in Tampa Bay got together to focus on making the beachy Florida ci 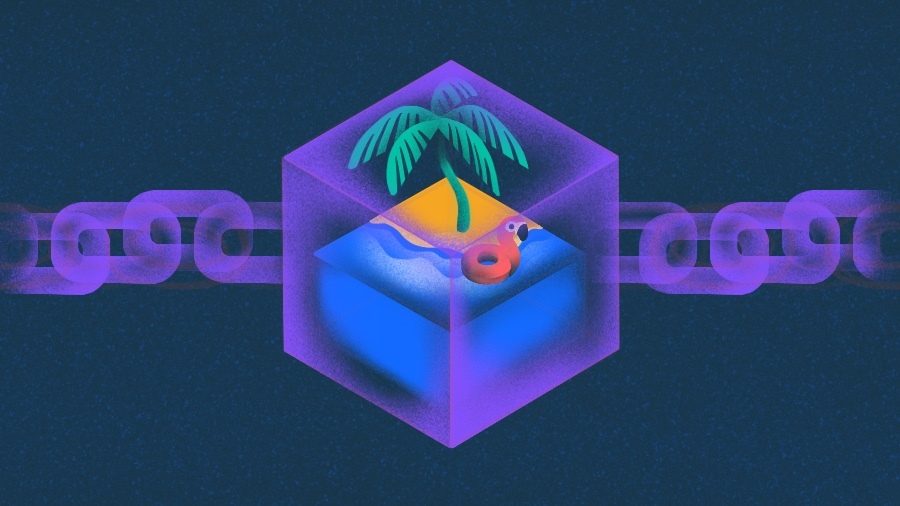 Nearly a decade ago, an ambitious group of business and community leaders in Tampa Bay got together to focus on making the beachy Florida city a hub for blockchain technology. Today, the city’s blockchain presence is flourishing and not only attracting companies, but venture investors as well.Rosa Shores and Gabe Higgins, co-founders of BlockSpaces, a blockchain integration platform, are leading the movement.“Gabe and I have been in blockchain technology since 2012,” Shores told Crunchbase News. “It started out as a fascination, when blockchain was only Bitcoin.”Blockchain technology is essentially digital information that is stored in a public database and often used to send a transaction, such as digital currency, from one place to another in a democratized way — without any identifying information, leading to improved security.Shores and Higgins started setting up regular meetings for the blockchain community across Tampa to discuss blockchain development and cryptocurrency. It grew to include business people, and then into building companies and finding investors, she said.In 2017, they opened their physical BlockSpaces space as a place for all of those people to come together and work on projects. BlockSpaces, the technology, connects existing business applications to blockchain networks through an API-based B2B integration platform.Businesses began using the BlockSpaces space as a place to work on blockchain projects and to understand the technology, said Shores, who is also vice president of the Florida Blockchain Business Association, which focuses on regulation around cryptocurrency and blockchain in Tallahassee.One of the newest transplants into Tampa Bay’s blockchain scene was reported in May: Nuke Goldstein, co-founder and CTO of London-based cryptocurrency platform Celsius Network, moved to Tampa Bay and plans to open a local office.

Investment potentialIn Tampa, companies outside financial services, including insurance, agriculture, real estate and e-commerce, are also seeing the benefits of adopting the technology. BlockSpaces itself raised $1.3 million in seed funding, led by Leadout Capital, in March 2020.Leadout Capital Managing Partner Ali Rosenthal and General Partner Steve Brownlie saw Shores’ proposal for funding come through — its nonobvious look at blockchain and how crypto went crazy — and how people in blockchain found BlockSpaces to be a place to exist and find support, Rosenthal said in an interview. Leadout is an early-stage software investor looking for founders building companies in underlooked and underserved industries.“BlockSpace is developing among a very large and rapidly growing market in the blockchain space,” Rosenthal added. “As we learned more about the Florida technology ecosystem, we saw that Rosa was truly steeped in building that blockchain community.”Over the past five years, Tampa has earned its title as a blockchain capital and destination as more companies come in, according to Saxon Baum, vice president of investor relations at venture capital fund Florida Funders, who moved to Tampa from Pittsburgh 10 years ago.He believes the wave of attention started with Michael O’Rourke, who in 2018 founded Pocket Network, a platform for developers to connect any app, on any blockchain, to any device, with a single line of code. The company raised under $1 million in venture capital, but in April 2021 announced on Twitter that it earned $9.3 million in revenue — six months after its launch — by selling its token to developers and node operators.Blockchain will be successful, but from a venture capital perspective it is hard for some investors to wrap their heads around it, Baum said.

Crunchbase data shows investment into blockchain-focused companies took off in 2021, both globally and in the U.S., with $5.8 billion going into all companies so far, up from $1.8 billion for the whole of 2020, while $3.1 billion was carved out for domestic companies, an increase from $1 billion handed out the year prior.Overall, nearly $15.6 billion was pumped into global blockchain companies — and that’s just those categorized as blockchain within the dataset — it doesn’t include those in other industries using blockchain technology.“When we looked at Pocket Network, we knew it was probably going to be successful but we ended up passing on the deal,” he said. “Fast-forward to today, and it is one of the most successful companies, and Michael has been the go-to person for attracting companies here.”Since then, Florida Funders found its stride in investing in companies leveraging blockchain technology. The firm made an investment into Stratos Technologies’ fund, which is working in the decentralized finance blockchain space, according to Baum.A lot of traditional venture capital firms are looking at how to get into blockchain, and Baum said some are set up like Florida Funders to get into deals, but still have experts on hand to assist.“We know that we want to be in this space, but will continue to reach out to others for guidance,” Baum said. “We have a city taking off with blockchain. We have Pocket Network going to be a unicorn, which will lead to people making money and then going out and starting their own companies, which will grow the ecosystem. Tampa is perfectly set up for continued growth for blockchain.”

Coming together as a communityEmbarc Collective CEO Lakshmi Shenoy was recruited to Tampa Bay three years ago to start the organization, which helps Tampa Bay entrepreneurs build companies.As an ambassador for the city, Embarc is focused on increasing the number of startups in Tampa and Florida as a whole, providing intensive coaching and programming and leveraging Embarc’s network so that businesses can have better accessibility to talent and customers, she said in an interview.Shenoy started with 25 companies in 2019, and today works with more than 100 technology companies. As such, Embarc recently opened a new facility in the downtown area, she said.“Tampa is a much smaller startup market, so it needed deliberate support to start to make the flywheel happen,” Shenoy said. “In a lot of ways, the pandemic put eyes on Florida and helped us accelerate.”When she moved there, Shenoy began meeting with individuals in the blockchain space, and one of the first things she observed was everyone’s desire to learn more about blockchain. She knew from the start that it was going to be a critical piece of the puzzle around what the startup community would look like, she said.What she found, too, was that blockchain was embedded into businesses other than cryptocurrency applications, which she said she found exciting.“It is the less sexy stuff, but areas like health care, insurance and the vitamin supplement tracking, are emerging,” Shenoy said. “The technology will grow to be so pervasive that we won’t have to talk about blockchain. It will just be there.”John Fohr, co-founder and CEO of TrustLayer, recently relocated the company to Tampa Bay from San Francisco just as it was closing on its $6.6 million seed round at the end of last year. TrustLayer is an insurtech company using distributed ledger technology to automate insurance verification.The motivation for the move was seeing a lot of customer service centers and companies having success building out customer success teams with talent from the area, which is ripe with industry experts, Fohr said in an interview.At the time, he didn’t realize how big of a community the blockchain folks had, but found the ecosystem to be helpful for collaboration and meeting company champions.“We are super happy we ended up coming here,” Fohr said. “Tampa hits way above its weight class. It’s a big city with a small-town feel where everyone works together. Entities like Embarc have turbocharged the tech scene. Tampa also now has this funding world that has opened up, which was traditionally limited to San Francisco.”Crunchbase Pro queries listed for this articleThe query used for this article was “Global Blockchain Companies,” in which “Blockchain,” was the organizational industry search term. The data was then separated out by changing the headquarters location to “United States.”All Crunchbase Pro Queries are dynamic with results updating over time. They can be adapted with any company or investor name for analysis.