Blockchain technology and solar energy are both cutting-edge emerging technologies and industries. Both have the ability to deliver incredib 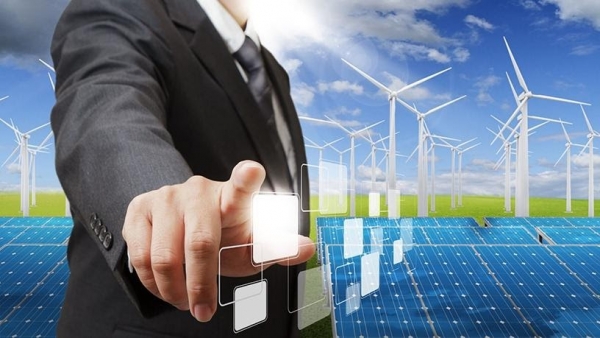 Blockchain technology and solar energy are both cutting-edge emerging technologies and industries. Both have the ability to deliver incredible innovations, alongside optimisations of existing processes. There have been extensive discussions among businesses and society surrounding these two sectors separately—but there has been little discussion about the potential of them working together.

Making the switch to solar energy is growing rapidly and it’s having an impact on the American environment and economy.

With that being said, blockchain technology and solar energy provide a mutualistic relationship; for the distributed energy resources to work with the grid and local distributed system, blockchain has the potential to be the key enabler of that energy network. The traditional energy grid is still centralized, and it remains subservient to it. This old system is fundamentally flawed for the challenges of this new era in renewable, solar energy. The decentralized nature of blockchain could provide a particularly useful answer to the existing problems we see within energy networks around the world. The decentralization of energy systems would democratize information and allow individuals to make better-informed decisions. As a tool, blockchain smart grids could help to reduce inequality and provide cheaper, cleaner energy to areas with developed electricity grids and areas lacking energy access. Blockchain could be one of the many solutions to long term reduction of carbon emissions and help promote sustainable development across the globe. A smarter electricity grid that could give consumers transparent energy choices could push for more integration of clean energy. Cost effective forms of energy, such as renewables, are set to be the market’s favorite choice and could help propel clean energy as a mainstream option. Due to the reality that the climate crisis is getting worse—in recent weeks and months we’ve seen substantial bush-fires burning on opposite hemispheres with huge parts of Australia and California/Oregon ablaze and witnessing one of the busiest hurricane seasons on record—today’s 25-year timeline will be sped up substantially. Ultimately the push towards greater solar adoption with blockchain is a matter of opportunity and necessity. The sooner this is realized, the sooner nations will be able to seize on such opportunities, and avoid the desperation of decisions made by necessity. I believe that the convergence of blockchain technology and solar energy can create numerous lucrative opportunities for companies focused on solving these energy and climate challenges and can help individuals access renewable energy.